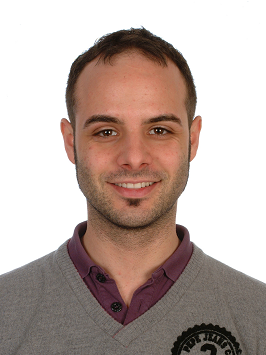 Dr. David Vázquez is a postdoctoral researcher at Computer Vision Center of Barcelona (CVC) and Montreal Institute of Learning Algorithms (MILA) and Assistant Professor in the Department of Computer Science at the Autonomous University of Barcelona (UAB). He received his PhD in Computer Vision (2013), M.Sc. in CV and AI (2009) and B.Sc. in Computer Science (2008) from the UAB. Previously he received the B.Sc. in Software Engineering from the UDC (2006). He has done internships at Daimler, UAM and URJC. He is expert in machine perception for autonomous vehicles. His research interests include deep learning, computer vision, robotics and autonomous driving.

He is a recipient of four awards for his PhD; four best paper awards and two challenges. David has also participated in industrial projects with companies such as IDIADA Applus+, Samsung, Huawei or Audi. David, has been organizer of international workshops in main conferences (i.e., TASK-CV, CVVT, VARVAI) chair at conferences (i.e., IBPRIA), an Journal Editor (i.e., IET-CV) and has served as Program Committee of multiple machine learning and vision conferences and Journals (i.e., NIPS, CVPR, ECCV, ICCV, BMVC).