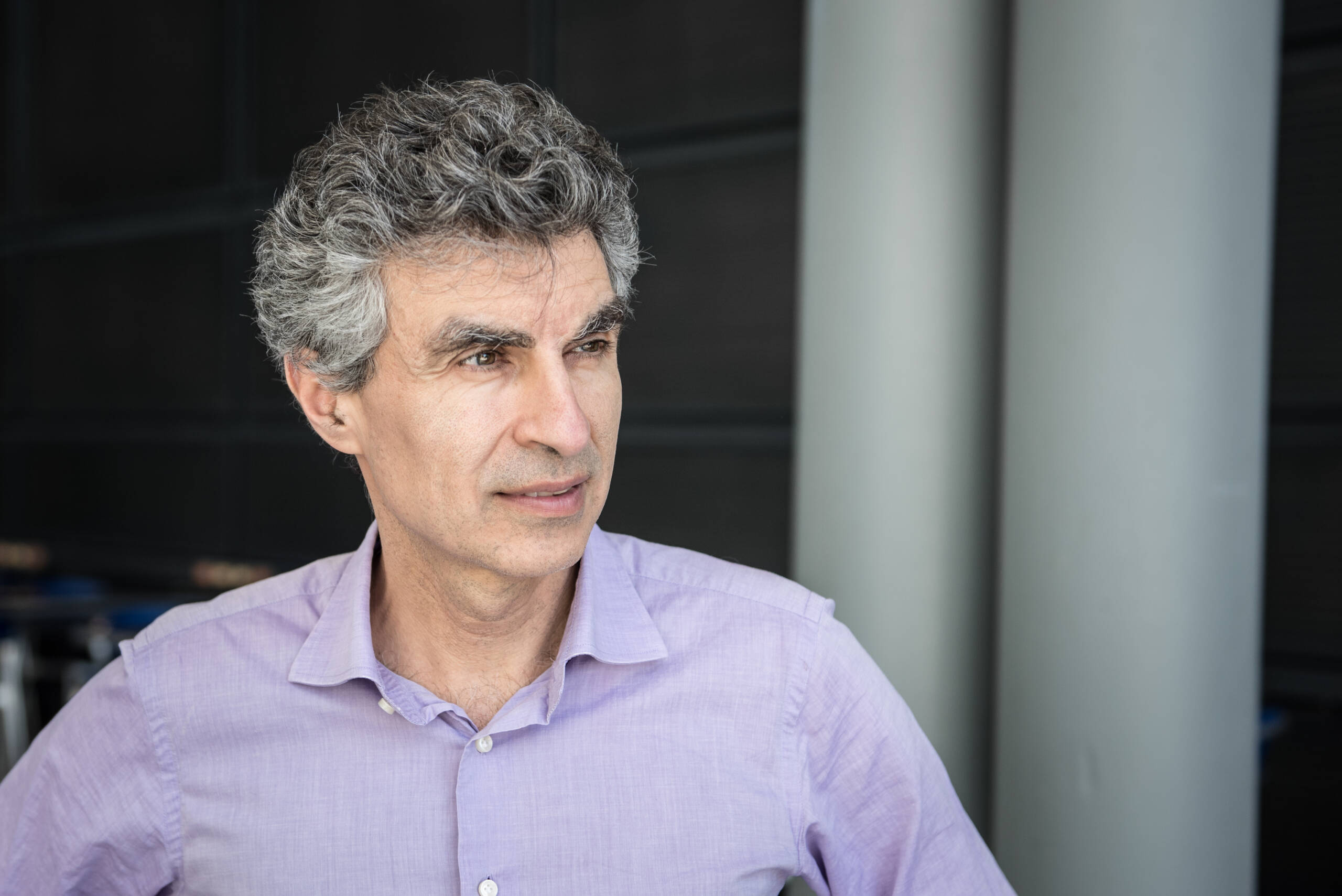 Mila’s Scientific Director and Université de Montréal computer science professor Yoshua Bengio has been elected to the Royal Society, one of 62 exceptional scientists newly voted into the prestigious British fellowship.

Joining the ranks of past fellows and foreign members including Isaac Newton, Charles Darwin, Albert Einstein, Dorothy Hodgkin and Stephen Hawking, Bengio will be formally welcomed as a Royal Society fellow in London In May 2021.

The ceremony was to take place this July, but the date was postponed because of restrictions imposed by the global COVID-19 pandemic, the Royal Society said today in making the announcement.

Renowned worldwide as a pioneer in artificial intelligence, Bengio joins a distinguished group of scientists from the U.K., Commonwealth and abroad newly elected as lifelong members to the Society: 51 as fellows, 10 as foreign members and one as an honorary fellow.

They were chosen from a field of some 800 candidates for their “outstanding contributions to scientific understanding, with discoveries ranging from … new mathematical proofs [to] treatments for debilitating global disease,” the Society said via communiqué.

“As one of the founding fathers of deep learning, Yoshua Bengio is honoured this year,” it added. “His work on neural networks and machine translation helped bring about the AI revolution transforming the 21st century.”

This is the second global honour bestowed on Bengio over the past 13 months. In March 2019, he was named a co-recipient of Association for Computing Machinery’s annual A.M Turing Award, sharing $1 million for revolutionizing AI.

Hearing he’s now been elected to the Royal Society, joining the ranks of six Nobel laureates, as well as internationally recognised leaders in industry and science policy, Bengio expressed his appreciation.

“I am honoured as a scientist that my research is held in high esteem by my peers,” said the professor, who is scientific director of Mila.

“I would like to mention, first of all, my colleagues in the university’s Department of Computer Science and Operations Research, but also all the researchers from all fields with whom I have collaborated, because my research is very often the result of these fruitful collaborations.”

The new fellows and foreign members embody the global nature of science, working in the U.K., Canada, Australia, Sweden, Israel, Germany and other parts of Europe and beyond, and helping enrich Britain’s own research and innovation sector, the Society said via communiqué.

“At this time of global crisis, the importance of scientific thinking, and the medicines, technologies and insights it delivers, has never been clearer,” said the Society’s president, Venki Ramakrishman, a Nobel Prize-winning biologist.

“While election to the fellowship is a recognition of exceptional individual contributions to the sciences, it is also a network of expertise that can be drawn on to address issues of societal, and global significance ,” he added.

“This year’s fellows and foreign Members have helped shape the 21stcentury through their work at the cutting-edge of fields from human genomics, to climate science and machine learning.”

Bengio is the third UdeM professor to have been elected to the Society in its long history. He joins Michel Chrétien, a professor emeritus of medicine elected in 2009, and quantum information scientist Gilles Brassard, elected in 2013.

About the Royal Society

Founded in 1660, the Royal Society is a self-governing fellowship made up of the most eminent scientists, engineers and technologists from the U.K. and the Commonwealth. Its foreign members are drawn from the rest of the world. Fellows and Foreign Members are elected for life through a peer-review process based on excellence in science. Each candidate is considered on his or her own merits and can be proposed from any sector of the scientific community. Nominations of women candidates and candidates from the emerging disciplines are encouraged. The Society now has approximately 1,700 fellows and foreign members, including around 70 Nobel laureates. Each year up to 52 fellows and up to 10 foreign members are elected from a group of around 800 candidates who are proposed by the existing fellowship.