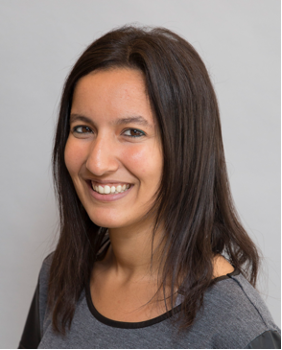 [Montreal, October 21, 2020] — As part of the Druide Fund for Research in Text Analysis, created through a donation from Druide informatique, Mila – Quebec AI Institute has chosen the winner of the 2020 Antidote Scholarship. The lucky recipient of the $20,000 scholarship is Ms. Rim Assouel, a Ph.D. student under the supervision of Professor Yoshua Bengio.

Rim Assouel holds a Master’s in Computer Science and Applied Mathematics from École Polytechnique of France and a Master’s in Artificial Intelligence from Université de Montréal. Ms. Assouel’s undergraduate and master’s research revolved around medical application of deep learning in both medical imaging and drug discovery. Her doctoral research at Mila will focus on “objects” representation learning. Objects are a core level of abstraction at which humans perceive and understand the world. Finding better algorithms to learn about them would enable us to design agents that would generalize and adapt to new configurations of known objects without additional supervision.

In 2017, to mark the 20-year anniversary of its Antidote software, as well as 50 years of Université de Montréal’s Department of Computer Science and Operations Research (DIRO), Druide informatique announced the creation of a million-dollar fund for research into deep learning-based text analysis. In addition to establishing the Fund, Druide also set up the Antidote Scholarship, which awards $20,000 to one deserving student each year.

The Druide Fund for Research in Text Analysis is awarded to Mila, an institute led by Professor Yoshua Bengio, globally renowned for his spectacular breakthroughs in deep learning-based artificial intelligence. With close to 700 researchers from all over the world, Mila is a leader in its field. Drawing inspiration from Silicon Valley, Professor Bengio and his team hope to make Montreal into a hub for artificial intelligence, a goal that Druide informatique is proud to support through the Druide Fund and the Antidote Scholarship.

Antidote was already a remarkable mainstream application of artificial intelligence when it was launched in 1996. Its corrector, guides and dictionaries have since benefited from 20 years of continuous technological and linguistic development. Today, more than a million people use Antidote in both English and French. Druide is methodically pursuing the development of Antidote and aims to be among the first to pass on the benefits of deep learning research to its users.

Druide informatique produces and markets Antidote, the most complete writing assistance software suite available for English and French, as well as Typing Pal, the renowned typing tutorial application. The company is also the creator of WebElixir, a quality assurance service for websites. In addition to its software, Druide publishes French-language literature and reference works through its subsidiary, Éditions Druide.