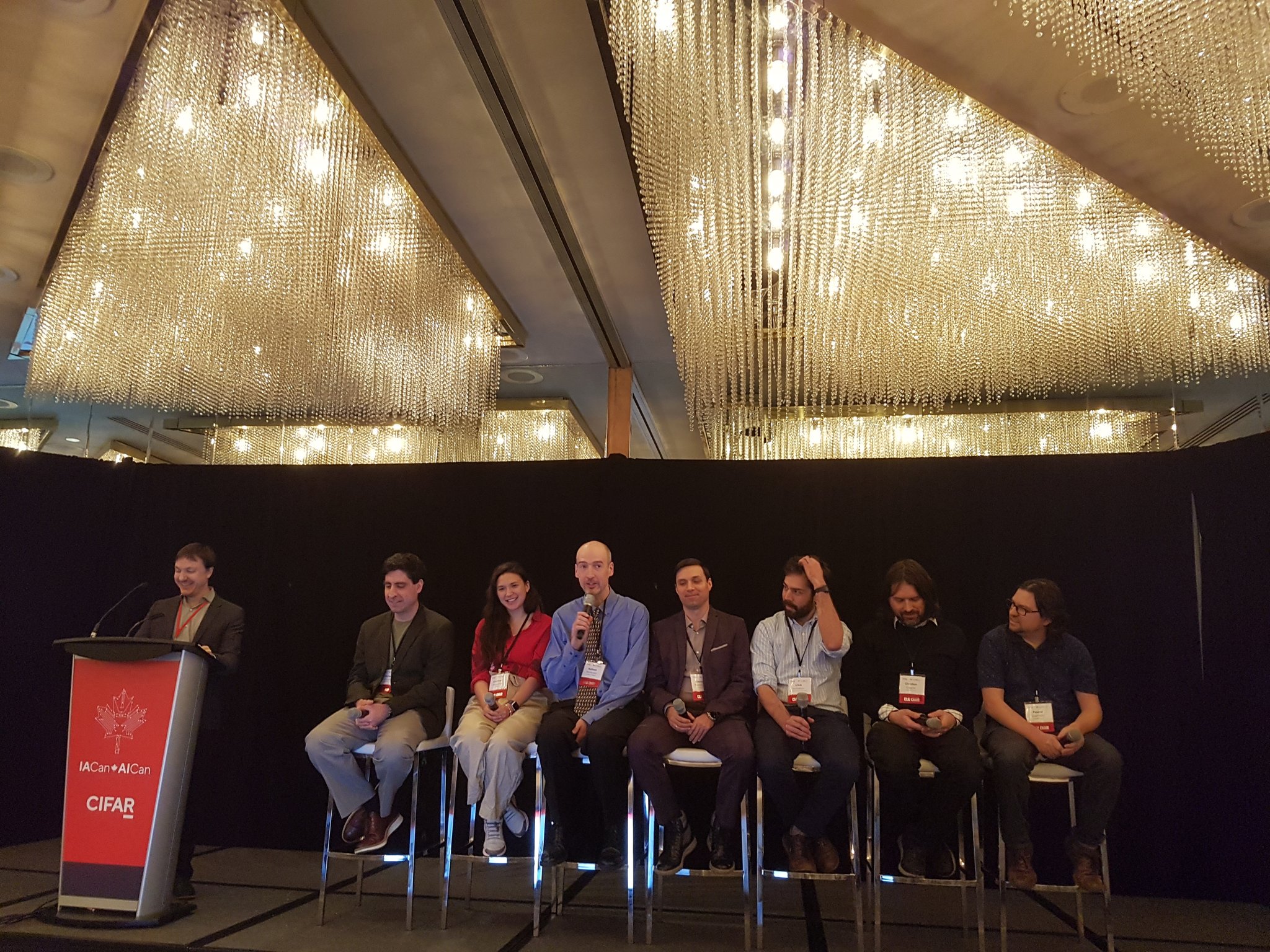 CIFAR announced 34 newly-named chairs today at AICAN 2019, bringing the international AI talent pool in Canada to 80 researchers. This announcement is part of CIFAR’s Pan-Canadian AI Strategy, which has allocated a total of $86.5M to the recruitment and retention of world-class AI experts.

The 34 newly-named chairs are pioneering research in areas that will have a global societal impact, such as the development of machine learning for medical image analysis, using AI to map and enhance our understanding of the brain, developing responsible and ethical AI technologies, using AI to power robotics for tasks such as safety and surgery, 3D computer vision, natural language processing, and more.

Mila is proud to have 19 Canada-CIFAR Chairholders among its professors. These talents will enable Mila to continue to achieve the highest levels of scientific leadership in the development of novel approaches in machine learning for AI, as well as economic and social acceleration in Quebec and Canada

In September 2017, CIFAR and Facebook announced a new US$2.625 million partnership. As a major milestone in the partnership, CIFAR announces that two of the chairs named today will be Facebook CIFAR AI Chairs. The chairs, Siva Reddy (Mila, McGill University) and Pierre-Luc Bacon (Mila, Université de Montréal), are both based in university labs and will exercise total research independence as chairs.