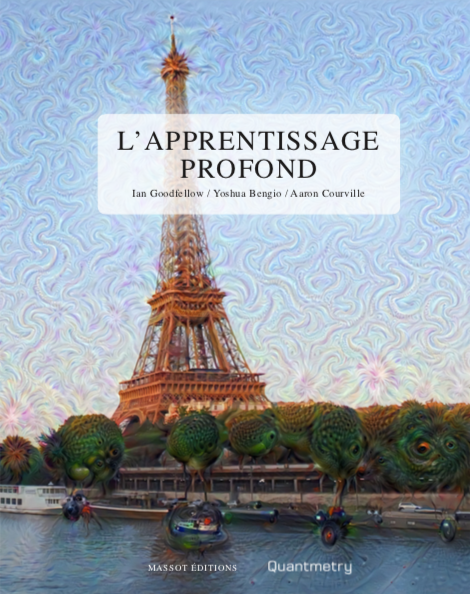 How long do you think it would take to fully translate an 800-page doorstop? What if we add that it’s a scientific work of rare complexity, abounding with tables, graphs, figures and mathematical equations? On top of that, only a handful of people on this planet master the subject. Would you say six months? A year? Two years?

Think again. A team of experts has managed this masterstroke in just two and a half months, thanks to artificial intelligence (AI). In fact, most of the work was completed within 12 hours by a machine translation tool based on deep learning. The following 10 weeks were devoted to a “human” revision aimed at correcting any inaccuracies, along with providing clarity and nuance.

A major breakthrough in AI

This was the first time in the world that a book was translated from cover to cover by deep learning software, a form of machine learning that enables a computer to learn by experience without a human providing it with all the required knowledge. This feat was achieved last October by a team of AI experts from the French company Quantmetry and machine translation specialists from the German company DeepL.

Which book did they choose for this great innovation? None other than one of the leading works in the field: Deep Learning, published in 2016 by Yoshua Bengio, the founder and scientific director of Mila, the Quebec Institute of Artificial Intelligence, Aaron Courville, an associate professor at the Université de Montréal and a member of Mila, and Ian Goodfellow, a scientific researcher at Google Brain.

“The fact they chose our work is a great honour for us,” says Aaron Courville. “It’s highly symbolic that we demonstrate all the possibilities deep learning offers by translating our book, which lays out its foundations. Doing this paves the way for a wider dissemination of scientific knowledge, because this book is far from being the last to be translated in this way.”

To bring to life L’apprentissage profond (the original French title), the Quantmetry team joined forces with the DeepL team, whose online service, despite being very powerful and featuring a very well translated corpus, was still insufficient for such a difficult text. In particular, they added features specially developed for translating fact sheets and graphs, as well as a glossary of 200 precise technical terms, in order to ensure consistency and coherence.

Three months later, the AI-powered tool was ready and the translation work could begin. Only 12 hours after uploading the 800-page book into the software, the team had a first draft of the text.

The results were astounding. The translation quality was remarkable, with faithfulness and accuracy never before achieved by an automated tool. But, not surprisingly, not everything was perfect. A group of researchers and linguists then set to work on a thorough revision, and made corrections that still only a human can do.

From the initial translation to the final proofreading, it took only two and a half months. It would have taken about a year for specialized “flesh-and-blood” translators to achieve this. All in all, using AI is estimated to have helped reduce translation time by 80%.

A world of difference

In recent years, the quality of machine translation has made giant leaps forward.

“A whole world separates the quality of today’s translations from those of five years ago,” says Yoshua Bengio. “The level of understanding of the subtleties of language displayed by intelligent software, such as the one used for this project, is amazing. We are still far from reproducing human intelligence, but recent advances confirm that the possibilities offered by deep learning are infinite.”