Count-Based Exploration with the Successor Representation

In this paper we introduce a simple approach for exploration in reinforcement learning (RL) that allows us to develop theoretically justified algorithms in the tabular case but that is also extendable to settings where function approximation is required. Our approach is based on the successor representation (SR), which was originally introduced as a representation defining state generalization by the similarity of successor states. Here we show that the norm of the SR, while it is being learned, can be used as a reward bonus to incentivize exploration. In order to better understand this transient behavior of the norm of the SR we introduce the substochastic successor representation (SSR) and we show that it implicitly counts the number of times each state (or feature) has been observed. We use this result to introduce an algorithm that performs as well as some theoretically sample-efficient approaches. Finally, we extend these ideas to a deep RL algorithm and show that it achieves state-of-the-art performance in Atari 2600 games. 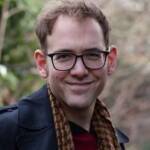