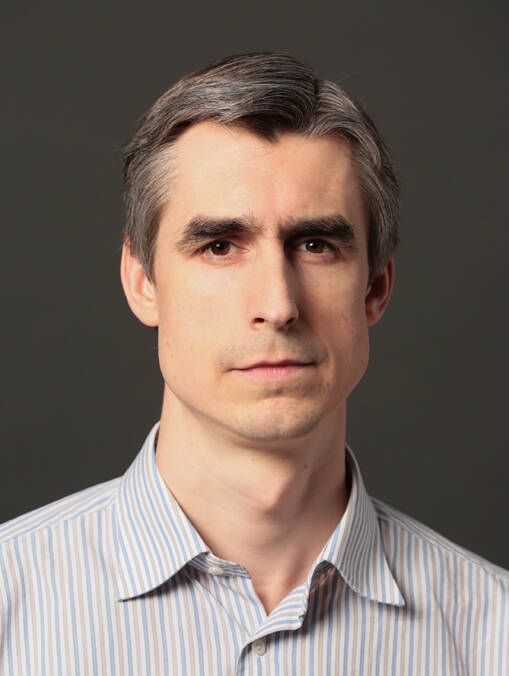 Eilif B. Muller is a neuroscientist and artificial intelligence researcher employing computational and mathematical approaches to study the biological and algorithmic mechanisms of learning in the mammalian neocortex. Dr. Muller obtained his BS.c. (2001) in mathematical physics from Simon Fraser University, and his MS.c. (2003) and Doctor of Natural Sciences (2007) in physics with a focus on computational neuroscience from Ruprecht Karl University of Heidelberg, Germany’s oldest university. Dr. Muller undertook his post-doctoral work (2007-2010) in the Laboratory for Computational Neuroscience with Prof. Wulfram Gerstner at EPFL, Switzerland, focusing on network dynamics, simulation technology and plasticity. Subsequently, he led (2011-2019) the team of researchers at the Blue Brain Project, EPFL, Switzerland who pioneered in silico neuroscience, a new era of data-driven brain tissue simulation. In 2015, Dr. Muller and colleagues published their landmark team-science study “Reconstruction and Simulation of Neocortical Microcircuitry” in the journal Cell, describing “the most complete simulation of a piece of excitable brain matter to date” according to Dr. Christof Koch (president and CSO of the Allen Institute for Brain Science). The approach enabled Dr. Muller and his team to make significant contributions to our understanding of the structure, dynamics and plasticity of the neocortex, resulting in publications in top journals such as Nature Neuroscience, Nature Communications, and Cerebral Cortex. In 2019, Dr. Muller moved to Montréal, attracted by the thriving Neuro-AI research community, initially as a senior researcher at Element AI, prior to his appointment at the Université de Montréal and the CHU Sainte-Justine to launch the Architectures of Biological Learning Lab (ABL-Lab).