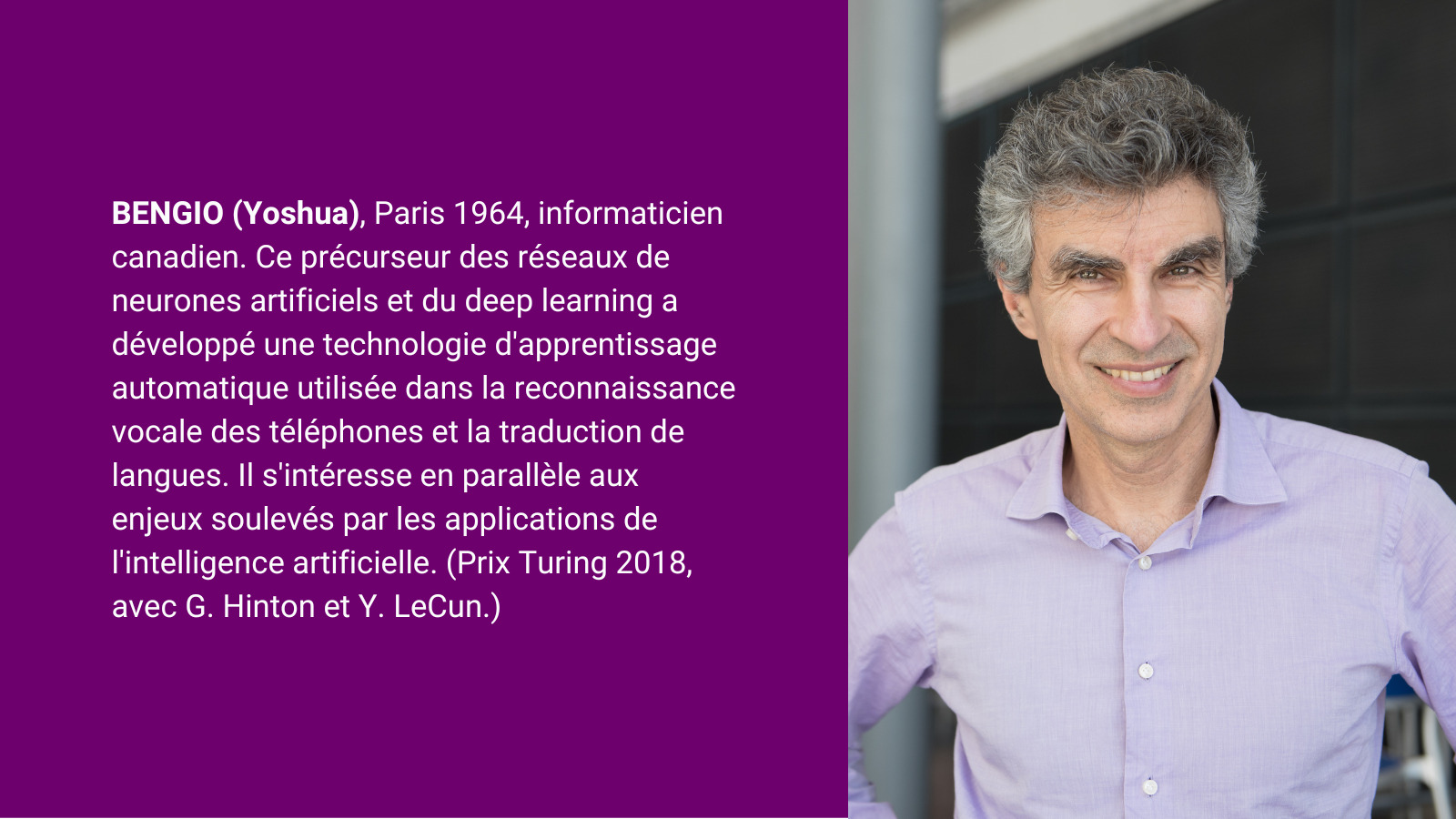 The Petit Larousse encyclopedic dictionary describes Bengio as a “pioneer of artificial neural networks and deep learning who developed a machine learning technology used in telephone voice recognition and language translation.” It also mentions his winning of the prestigious Turing Award alongside researchers Geoffrey Hinton and Yann LeCun and his interest in the issues raised by AI applications.

“I never imagined that I would be in the Larousse one day,” says Yoshua Bengio. “It’s quite an honour! This recognition motivates me to continue my research and maintain my commitment, especially to ensure the responsible development of AI.”

“Yoshua Bengio has been working in the sciences for many years and his discoveries, and innovations are not only recognized but of great importance and useful for everyone,” explained the Larousse publishing house. Some 300 Canadians, including 30 Quebecers, are featured in the pages of the Petit Larousse illustré, the new edition of which will be released shortly.

Some 40 personalities have been added to the Larousse this year, including French writer Christian Bobin, American climatologist Syukuro Manabe (Nobel Prize in Physics, 2021) and Filipino-American journalist Maria Angelita Ressa (Nobel Peace Prize, 2021). The selection criteria is based on the person’s prominence in France, in French-speaking countries and in the world, as well as the merit, longevity and accessibility of their works, their deeds or their discoveries.

Earlier in 2022, Yoshua Bengio received the French Legion of Honor as well as the Princess of Asturias Award, one of the most prestigious awards in the Spanish-speaking world.

Founded by Professor Yoshua Bengio of the University of Montreal, Mila is an artificial intelligence research institute that brings together over 700 researchers specializing in machine learning and deep learning. Based in Montreal, Mila’s mission is to be a global hub for scientific advances that inspire innovation and development of AI for the benefit of all. Mila is a non-profit organization recognized worldwide for its significant contributions to the field of deep learning, particularly in language modeling, machine translation, object recognition, and generative models.