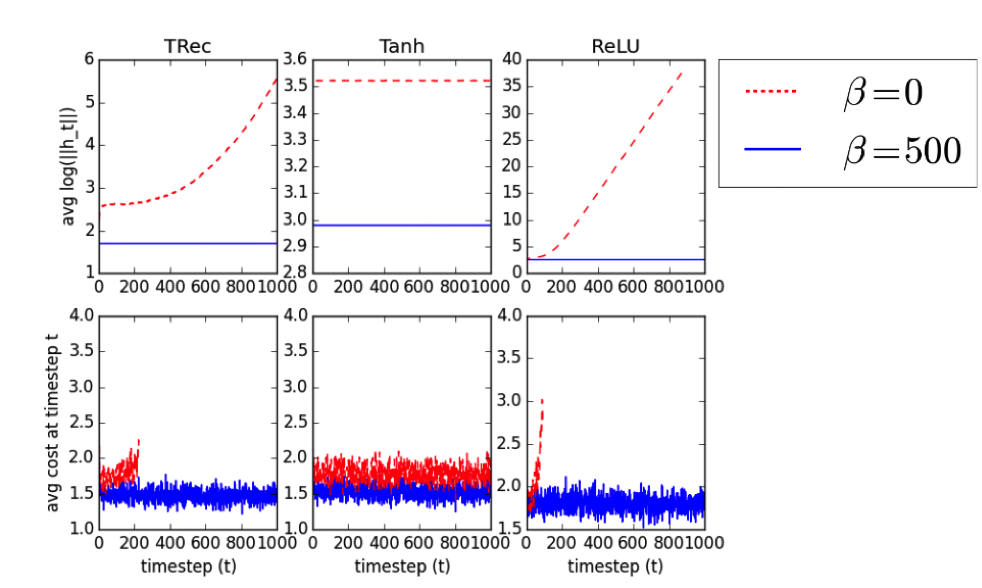 We stabilize the activations of Recurrent Neural Networks (RNNs) by penalizing the squared distance between successive hidden states’ norms. This penalty term is an effective regularizer for RNNs including LSTMs and IRNNs, improving performance on character-level language modelling and phoneme recognition, and outperforming weight noise and dropout. We set state of the art (17.5% PER) for an RNN on the TIMIT phoneme recognition task, without using beam-search. With this penalty term, IRNN can achieve similar performance to LSTM on language modelling, although adding the penalty term to the LSTM results in superior performance. Our penalty term also prevents the exponential growth of IRNN’s activations outside of their training horizon, allowing them to generalize to much longer sequences. 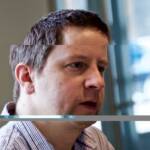 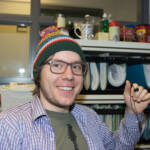