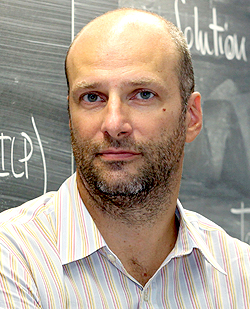 Since 2014, Professor Lodi has held the Canada Excellence Research Chair in Data Science for Real-Time Decision-Making at Polytechnique Montréal—the nation’s leading research chair in the field of operations research. Internationally recognized for his work on mixed linear and nonlinear programming, Prof. Lodi is focused on developing new models and algorithms to quickly an efficiently process massive amounts of data for multiple sources. These algorithms and models are expected to lead to the creation of optimized real-time decision-making strategies. The Chair aims to apply its expertise in a range of sectors, including energy, transport, health, production and supply chain logistics management.

He holds a PhD in systems engineering (2000) and was a full professor of operations research in the Department of Electrical, Electronic and Information Engineering at the University of Bologna. He coordinates large-scale European operations research projects and has worked as a consultant for the CPLEX R&D team at IBM since 2006. He has published over 70 articles in major journals in mathematical programming and served as an associate editor on many of them.

Prof. Lodi was awarded the 2010 Google Faculty Research Award and the 2011 IBM Faculty Award. He was a member of the prestigious Herman Goldstine program at the IBM Thomas J. Watson Research Center in 2005–2006.